Many users of the IPTV services may complain about the remote receivers of the modern TV boxes – Xiaomi, Amazon or Google adds only the basic remote control with the D-Pad, nothing else. What in the case, if you would like to use another remote controller – the traditional one with the numeric keys? In this case you might be forced to use the remote USB or Bluetooth keyboards which looks like an IR receiver (like G20BTS), but there is one problem – turning the box on. If your TV is not the best one in the HDMI CEC communication, then you are stuck.

I have a MiBox 4K and my idea was to use the Mi TV (XMRM-19) remote controller as I thought it would work natively. You know: Xiaomi devices should work great with each other. Not in this case. In my case only the buttons: Power, D-Pad, Google Assistant, Back, Home and Volume+/- work natively – even Netflix or Amazon Prime Video not.

The workaround I found is to use great Android tool – Tasker – to replace the XMRM-19’s actions by proper tasks. I had been inspired by that Reddit post, however it is not completely valid.

This post is not for the describing how to use the Tasker (there are many tutorials for that). It is just for bringing an overview how to deal with the remote controller. It would contain two parts: the general logic and the exported XML file to use.

END_OF_DOCUMENT_TOKEN_TO_BE_REPLACED

SMS Backup & Restore application is one of my favorites one – fast, reliable and simple to use. However, this application has one disadvantage – the MMS attachments are stored as byte64 data, so they are unreadable without any conversion. If you have a lot of MMS messages which you would like to store using classic files, you have to do the conversion manually… since now.

As I was unable to find a tool to make the batch conversion, I created a small PowerShell script which uses the main XML file and saves all attachments (type doesn’t matter) inside the folders named by the contact name – or if there wasn’t contact name, by phone number.

First three variables must be set up at first – $SourceFile for the main XML file, $TempCSV as a path for the temporary CSV file (you could delete it manually after all) and the $FileDest as a final destination for the folders with MMS freshly converted messages.

Script uses 'X’ as a replacement for ’?’ – the initial XML files had a problem with encoding, so I decided to replace it this way.

Why I’ve done it via CSV file? Because it was much easier for me to make a direct debugging on the text file. This part could be rewritten but as classics says „do not touch until it stops working”.

SET THE PATHS at first

Getting all Nodes by XPATH

Import CSV and finally got the objects

The 10th version of MicroFocus’ Data Protector had introduced the ability to communicate with the software using REST API. MicroFocus advertises this feature as the key one in this version, but there is no document how to start working with this technology, and even the Tech Support seems not to be trained enough (I had asked them for help). In this paper I would like to focus on the security mechanism used behind, starting from “reverse” direction and to show the possibility of usage and calling the API.

END_OF_DOCUMENT_TOKEN_TO_BE_REPLACED 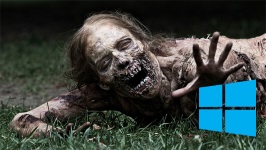 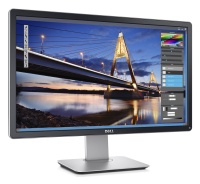